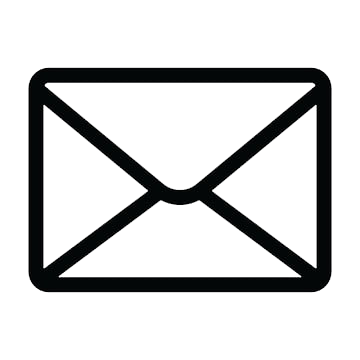 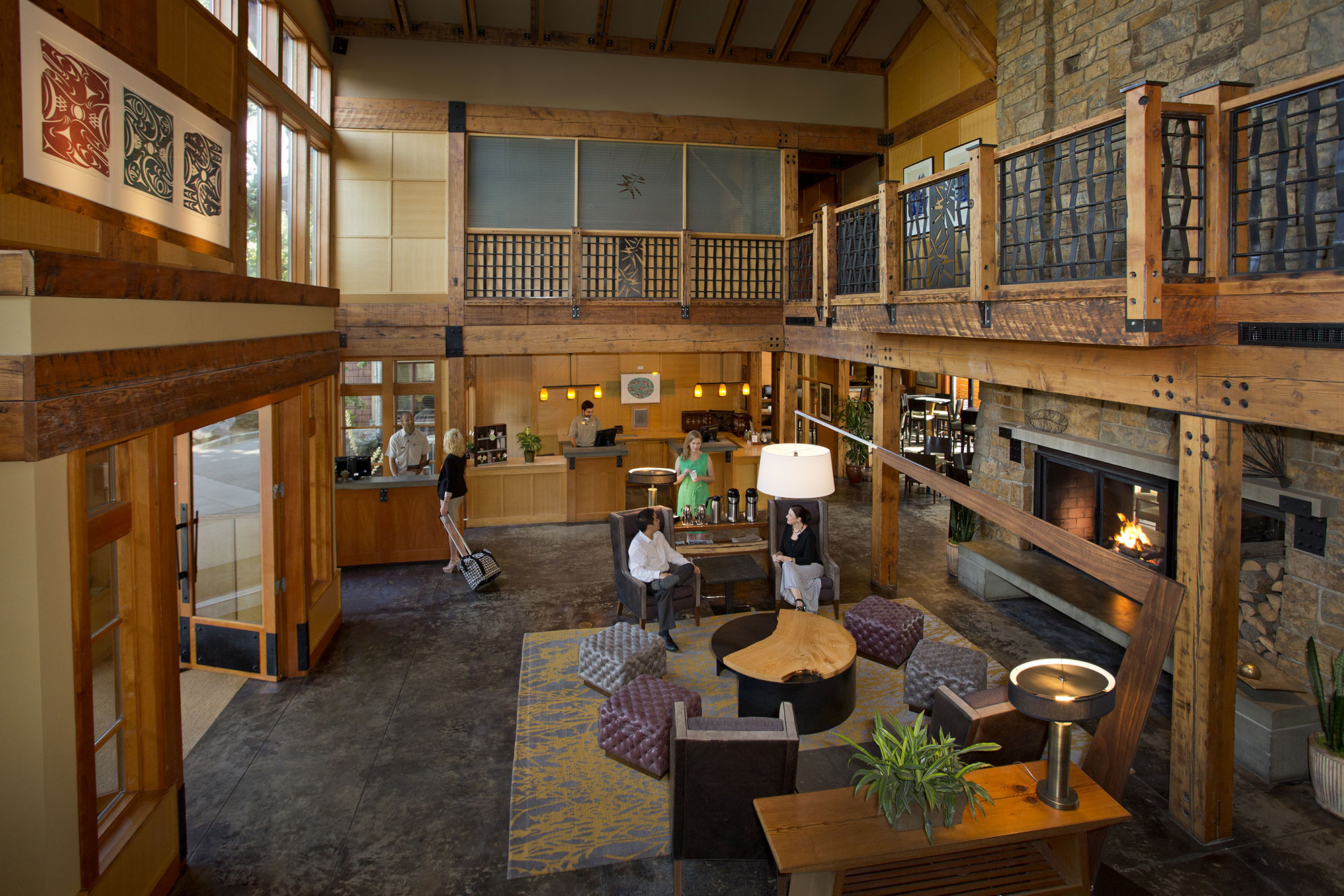 When Houdini tossed the deck of cards to the ceiling, no one expected that one of the cards would stick to a beam. But the Ace of Spades did. It was the same card that Houdini's host had pulled from the deck and inserted before Houdini cast them airborne. The host, C.D Stimson, an important member of the early business and social community of Seattle, left the card in place for the next twenty years. This was his hunting haunt, Willows Lodge. 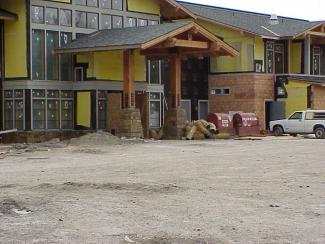 The Stimsons and several other leading families of Seattle, had their country homes in the valley near the present day Willows Lodge. They entertained, relaxed, hunted ducks and reportedly often hatched significant business plans. It seemed fitting to continue this name and spirit with the new Willows Lodge. The photo collection in the special function area of the hotel depicts the early years of the valley. Opened in September of 2000, the present Lodge is public and the guests are more often hunting a great bottle of wine than a duck, it is still a "country place" devoted to great dining, a warm fire, relaxation, romance and inspired business dealings. The idea of the Lodge was to create a place that kept people in touch with the heritage and informality of the NW while experiencing the highest level of refinement in food, comfort, aesthetics and service. 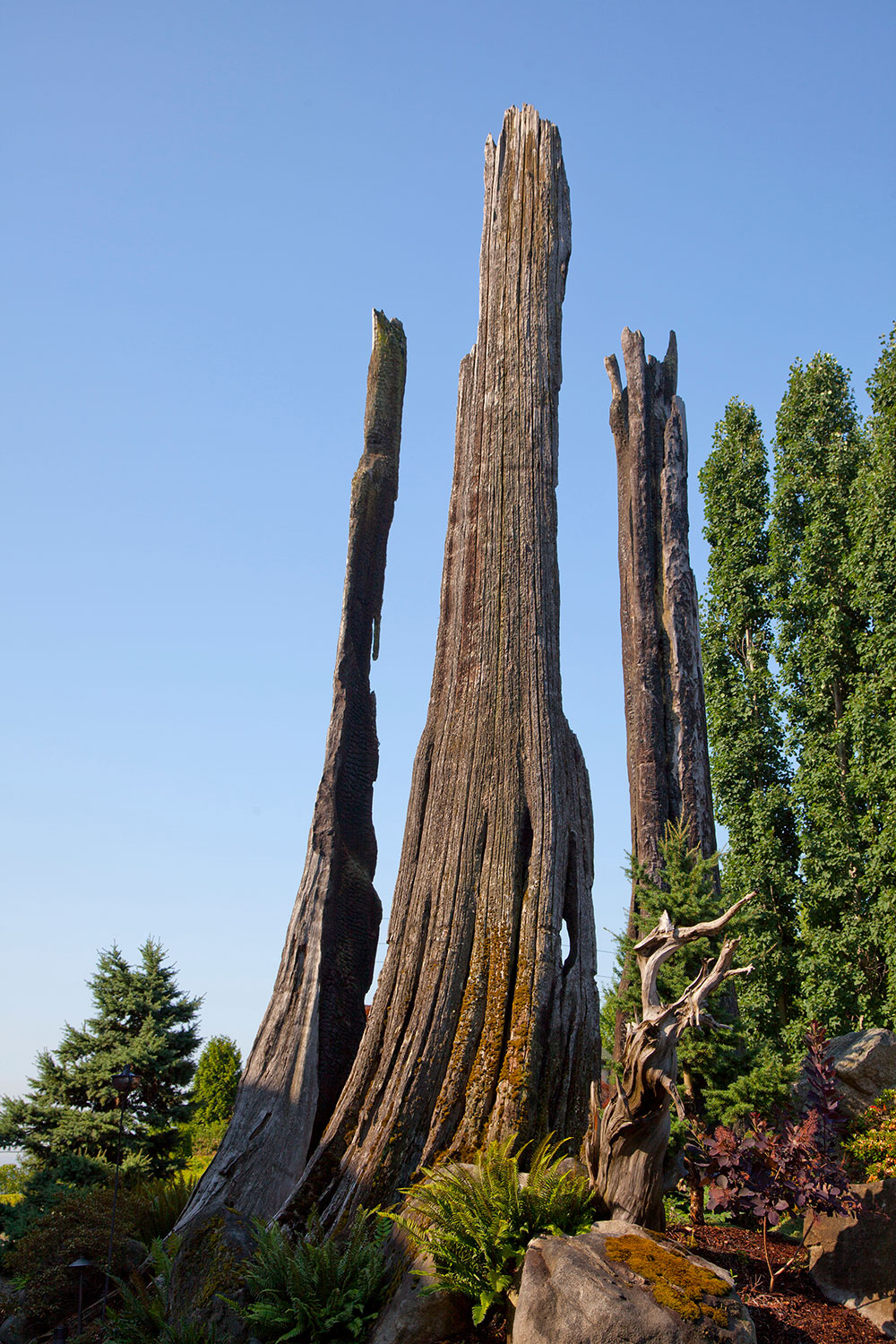 Gracing the entry drive is a 1,500 year-old "Cedar Snag," now a burned out shell of its former self.

The valley was originally a forest of huge trees that were logged over 100 years ago. Twenty foot or taller stumps were left because the flared bases of the trees were too big to haul to the mill. Snags like this one were a common sight. The "Willows Snag", brought here from the Olympic Peninsula, is a tangible and dramatic reminder of that past. 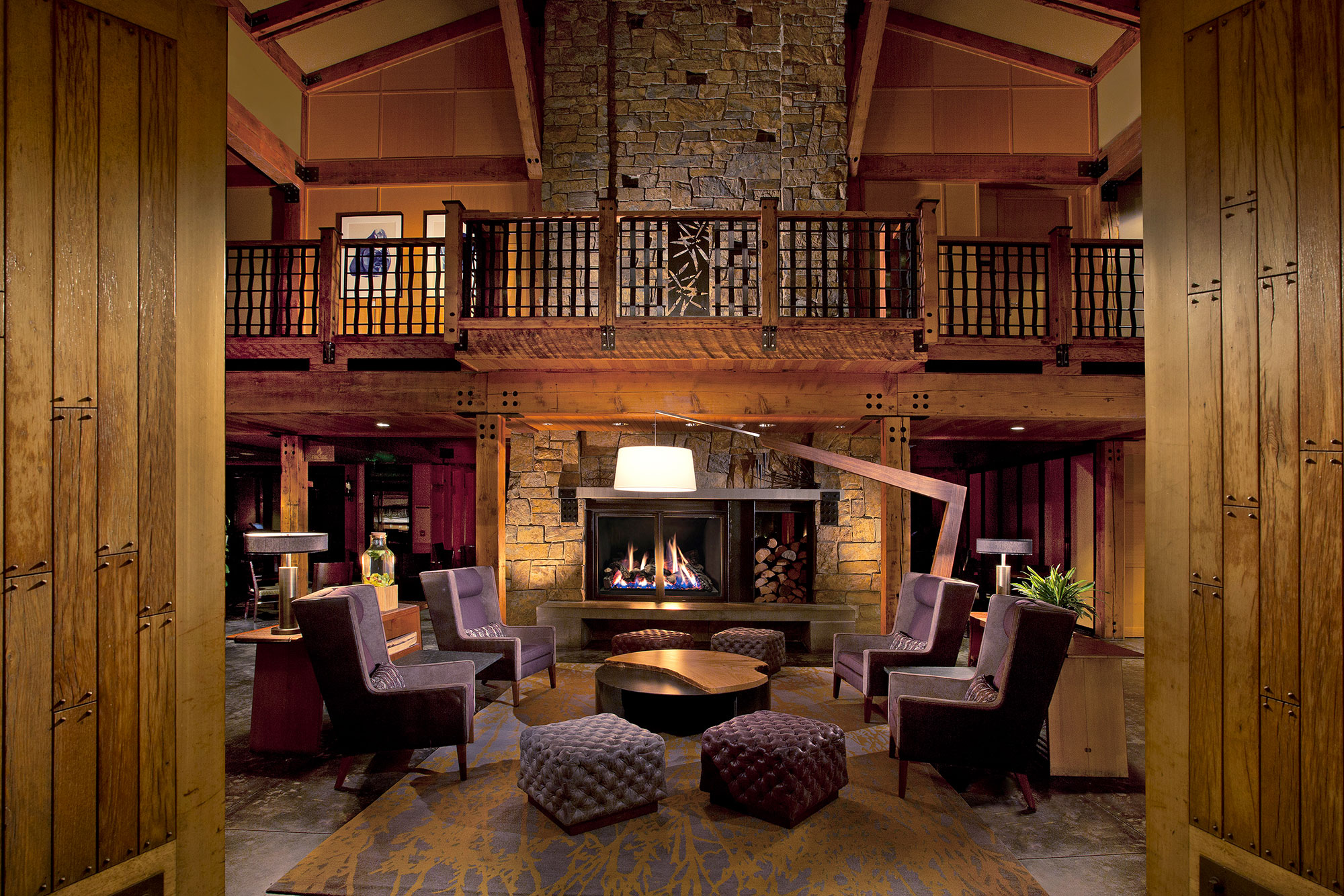 When you walk into Willows Lodge, you’ll see our front doors are made from old wine casks. And that’s just the beginning. The huge stone fireplace in the lobby, repeated on a small scale in the guest rooms, present the more rugged side of the Northwest. The lobby floors are a stained concrete. The main structure of the Lodge is created with Douglas fir timbers, which were cut 100 years ago and used to build the Port of Portland, Oregon. When the Port buildings were torn down the timbers were saved for another life, here at the Lodge. They have notches, bolt holes, and other reminders of their prior use, but have been smoothed and waxed to enhance the natural warmth of the wood.  While their rustic quality has been preserved in the structure and ledges of the guest rooms, they have also been used in a refined manner. A skilled local craftsman created the two beautiful sofa tables in the lobby from the same 100 year-old wood. Fine grained ash wood was used throughout as the counterpoint to the rustic fir. Even our guest room tables are recycled slate pool table tops from old bars in British Columbia. 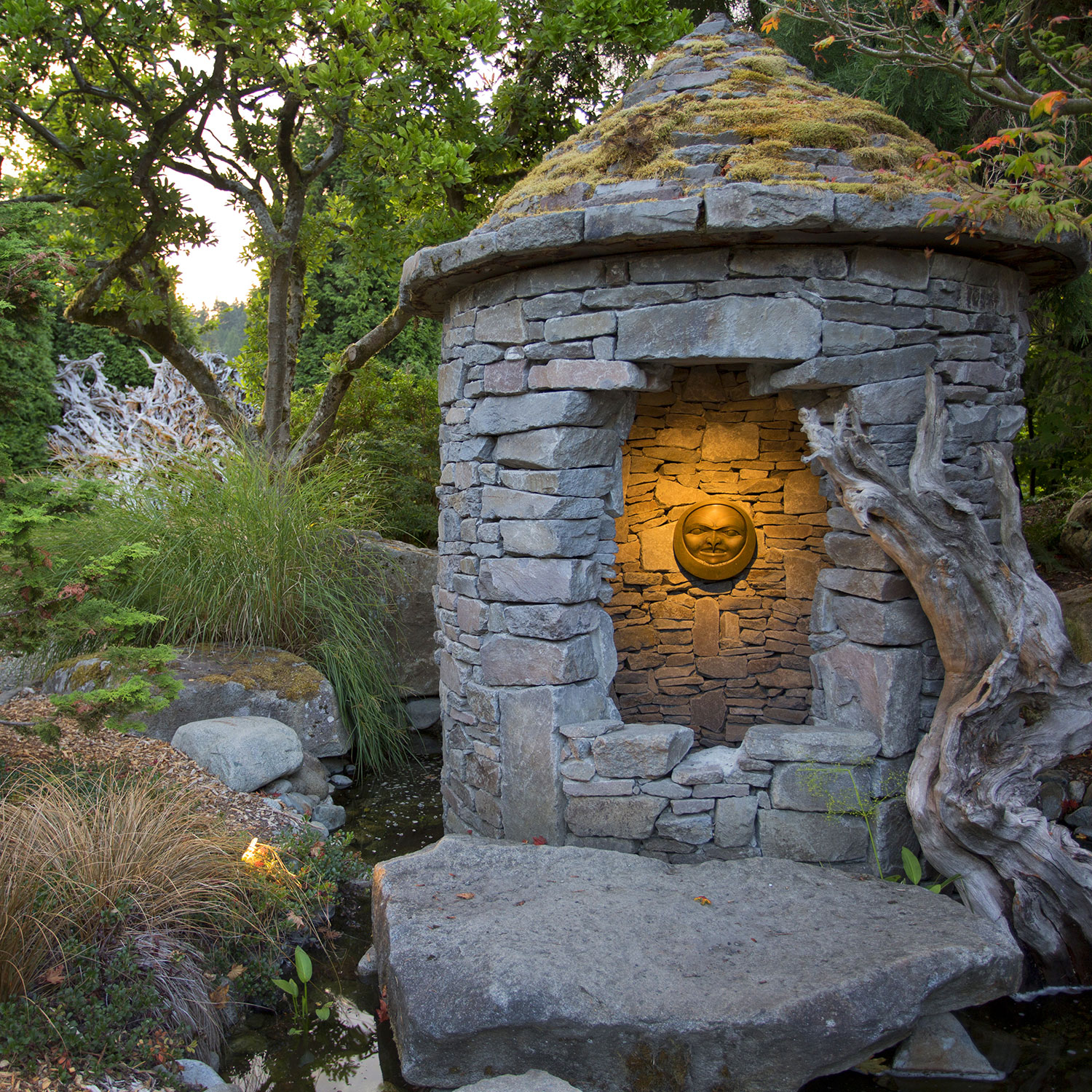 Gardens are an important part of the Northwest experience due to the favorable climate and outdoor orientation of many who live here. Reflecting that tradition, the Lodge was designed to have most of the guest rooms facing the gardens which feature large conifers, flowering deciduous trees, Japanese Maples, a wide range of shrubs, large stones, and the sound of water everywhere. Because of the emphasis on fine, fresh food at the two restaurants, Barking Frog and The Herbfarm, a large herb and edible plant garden as well as fruit trees have been incorporated into the landscape. Native riparian plantings continue from the Lodge down to the edge of the Sammamish River. The gardens are worthy of a special visit themselves. 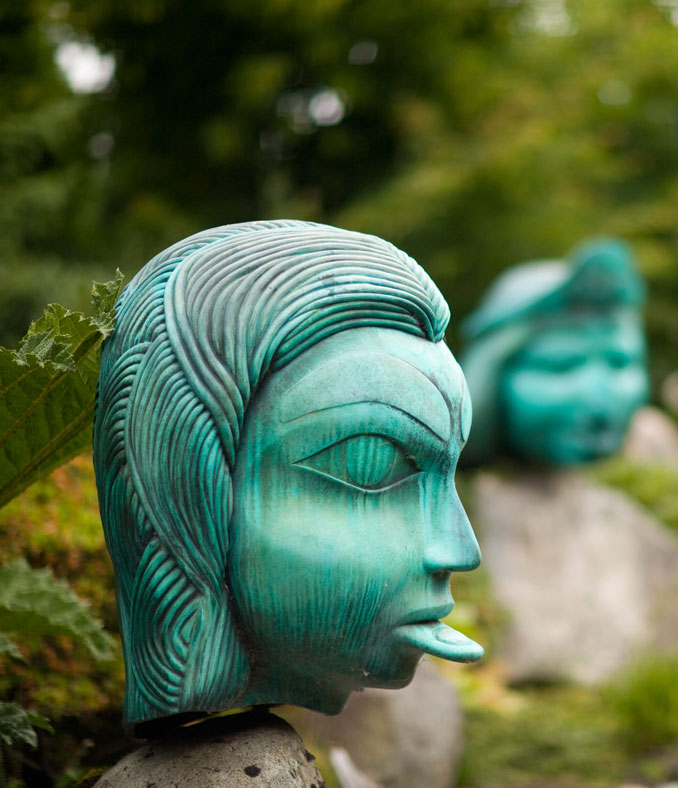 Art plays a significant role at the Lodge. The artwork that has the most unique connection to the Northwest is that of the NW Coast Native Americans. The Lodge selected works of the most highly skilled artists of this tradition. These artworks are special because they spring from the stories of the Native American cultures and at the same time express the artistry and technical virtuosity of the artists. To fully communicate the power of this artistic tradition, several artworks of each artist are presented and are woven through the gardens, public spaces, and guest rooms.

Bill Reid, Haida, is generally credited with having restored the North Coast Native art to its present high level and is considered by many to be one of the outstanding artists of the 20th Century. Recently deceased, his most significant monumental work, The Spirit of Haida Gwaii, is featured with a large photo in the lobby and two large bronze heads cast from the original work in the gardens. The photos in the guest rooms are close-ups of textural details of the work. These include the hair of Bear Mother, the tail of the Beaver, and the cape of the Conscipt. Other outstanding pieces of his work are in the lobby area.

Robert Davidson, Haida, is Reid's acknowledged successor. His bronze frog is a signature for the Barking Frog restaurant. Susan Point, Coast Salish, is the most celebrated woman artist of this tradition. Her glass sculptures in the hotel and her prints speak eloquently to the feminine side of this art.

Joseph Kinnebrew and Cheri Christiansen are two non-native NW artists represented at the Lodge. Kinnebrew's joyful coast iron and bronze sculptures grace the herb garden and restaurant patio. Christiansen's powerful presentation of chickens are displayed throughout the Lodge in another nod to the rural setting.

Connect With Us
Useful Links 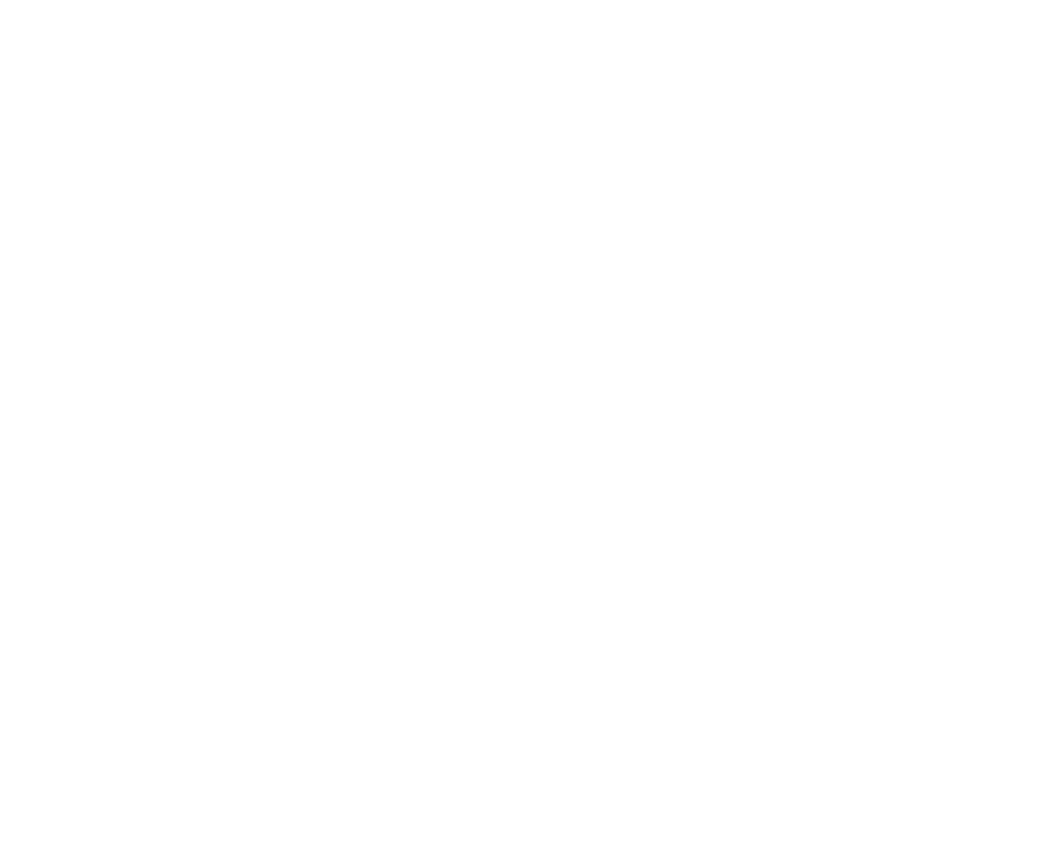