If you need a more accessible version of this website, click this button on the right.Switch to Accessible Site
COVID-19 Coronavirus Activity & Awareness Update 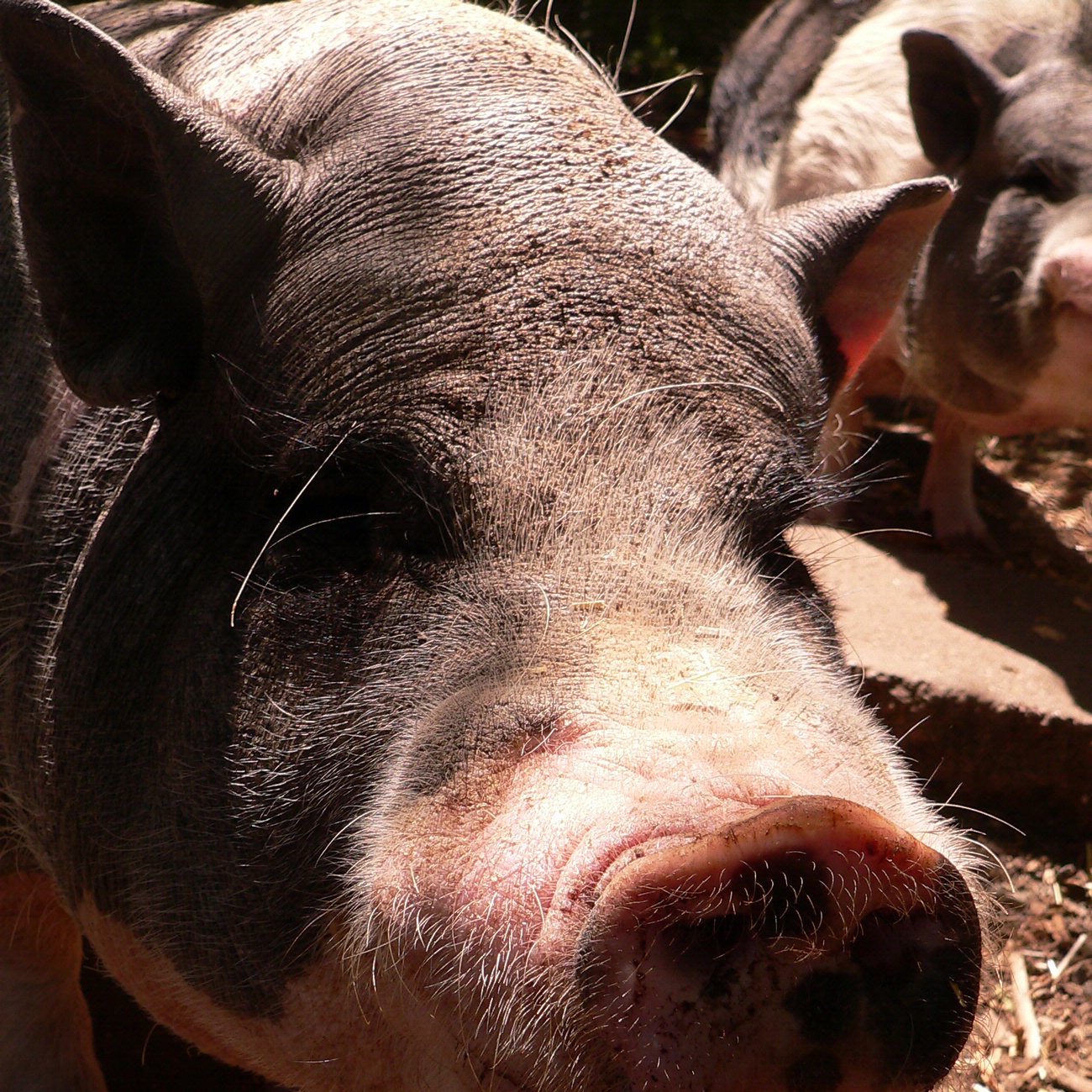 Your eyes aren’t playing tricks on you. Those are, in fact, two 60-pound potbelly pigs on leashes being taken for a walk. Owned by the five-diamond restaurant, they’re perhaps two of the luckiest pet brothers in the world; in addition to their regular walks, they’re also fed scraps from the dinner menu.

Running some 20 miles along a historic railroad bed, this paved bike trail is a direct line from Woodinville to Seattle, taking you past major landmarks like Ballard Locks (linking the saltwater of Puget Sound to freshwater Lake Washington) and the Aurora Bridge (guarded by an 18-foot urban troll sculpture). Borrow a bike from Willows’s front desk, and hit the trail located right behind the lodge.

Woodinville isn’t just wine country; it’s basset country. Every August since 1984, as part of the Celebrate Woodinville festival, hundreds of basset hounds and their owners from across the Pacific Northwest come together for what’s known as the “Basset Bash” parade, marching costumed pooches down the streets of Woodinville.

The iconic Woodinville winery may be known for some of Washington’s best wine, but it also gets you up close and personal with famous national music acts. Taking place on the estate’s rolling lawn, this concert series has hosted the likes of James Taylor, John Legend, and Crosby Stills & Nash. 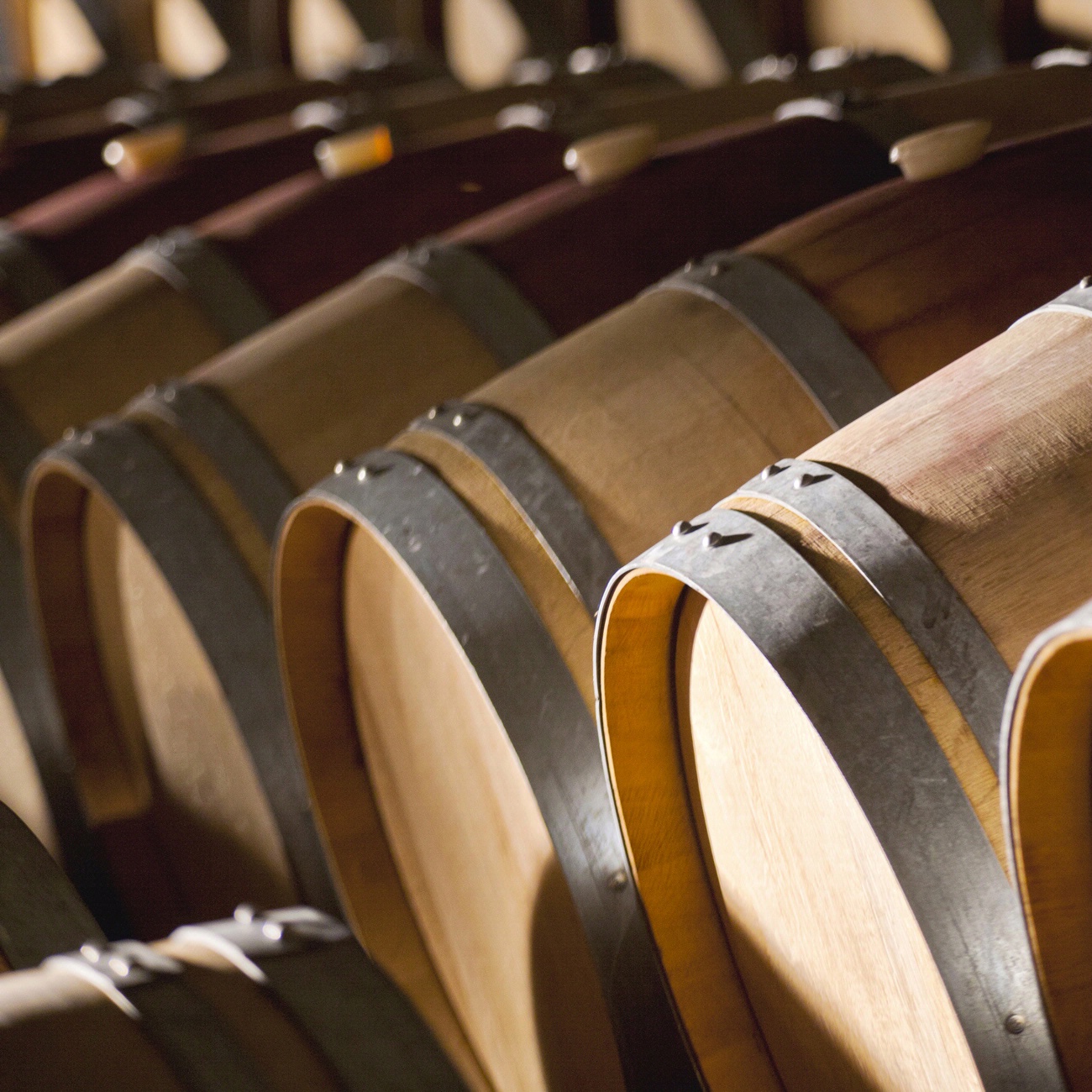 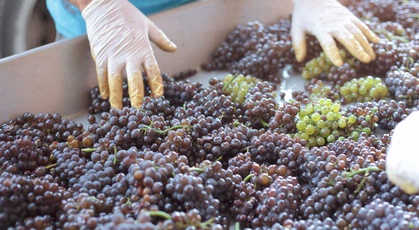 Feature Adventure: Volunteer as a Winemaker

If there’s one thing small-time winemakers aren’t afraid of, it’s to ask for help during crush season. In fact, starting around Labor Day, many local Woodinville wineries put out pleas for volunteers on their websites, including DeLille Cellars, Chatter Creek Winery, and JM Cellars, to name a few. While you won’t be stomping fruit in a vat (they have crusher machines for that), wineries need the most help simply fishing out stems or leaves left over after the crusher does its job. It certainly isn’t easy work, but several grape stains in your clothes later, you’ll leave with a firsthand look at how wine gets made. 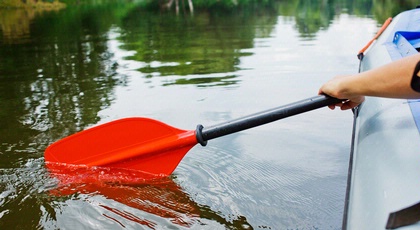 Launch from the shore of Lake Sammamish on an hour-and-a-half paddle north, past wrens and ripe blackberries. Your final destination will be Sumerian Brewery, because after a long day of paddling, nothing compares to an ice-cold beer. 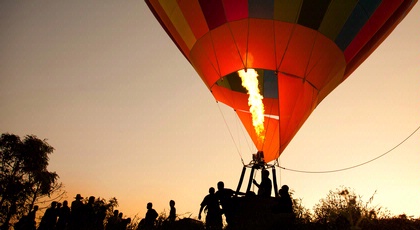 Beauty from a whole new perspective

Look out over Woodinville, the Seattle skyline, and Mount Rainier on an hour-long hot-air balloon tour that reaches up to 4,000 feet. Scared of heights? No problem! At Rainbow Hot Air Balloon Rides, you can rest easy knowing that pilots have more than 25 years of experience. 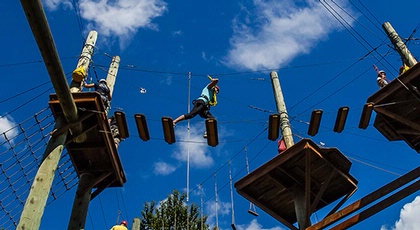 Your party, Our park.

Located adjacent to Willows Lodge, Adventura Aerial Park is calling you. Like a playground for adults, the park comes equipped with 50-foot cargo nets, rope loop bridges, zip lines, and a host of other aerial obstacles. 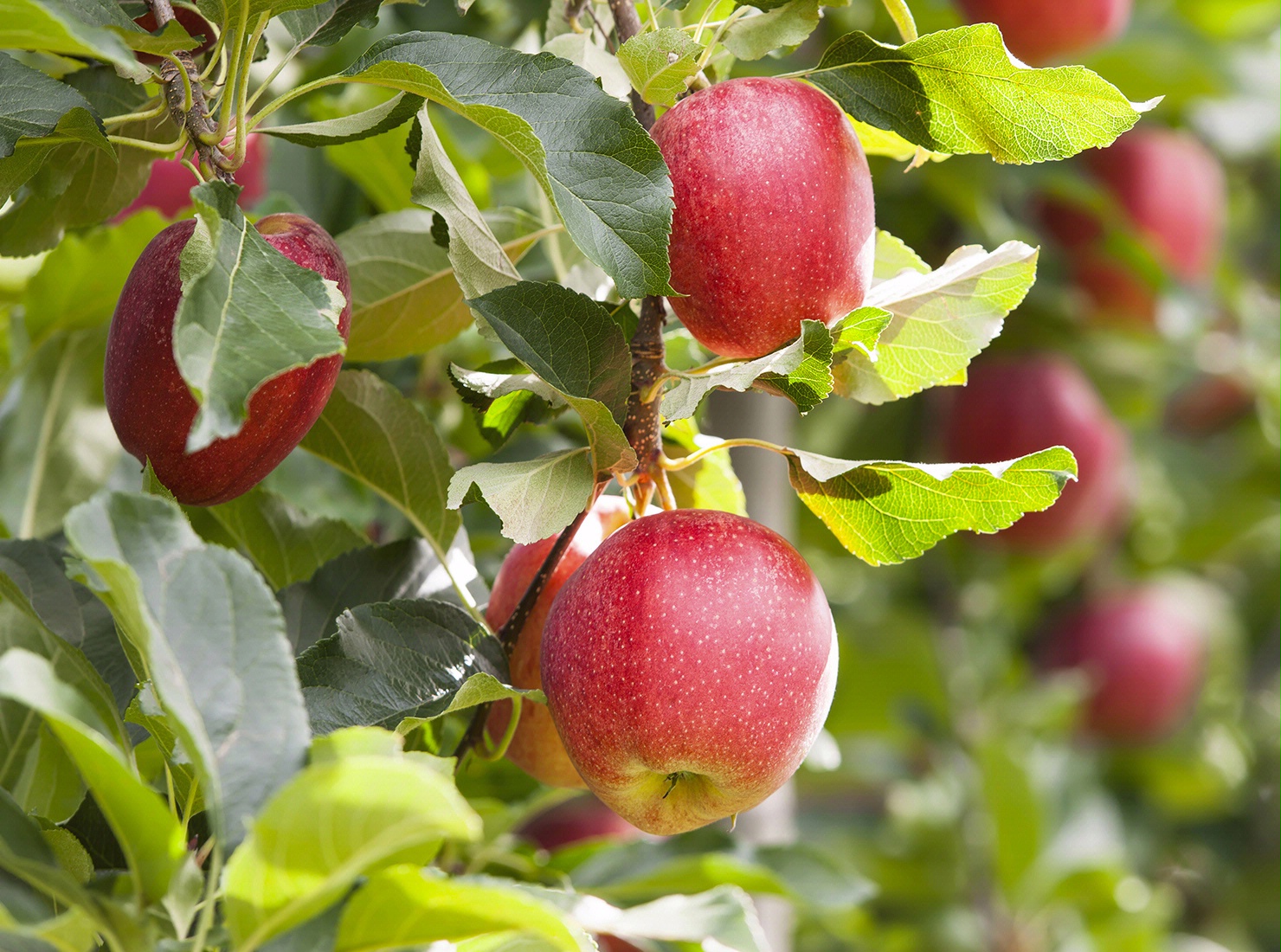 After getting settled in your room in this posh Northwest-style lodge, wander downstairs for a pre-dinner drink and some of the best live music in Woodinville at Fireside lounge. Every Tuesday through Saturday, from 6 to 9:30 p.m., local artists take to the bar’s corner stage or outdoor patio (weather depending). Pair it with the popular Grand Marnier Prawns.

Make a reservation at The Herbfarm (located on property) through the concierge for Saturday night, then head to Barking Frog tonight. You’ll be greeted with the same rustic-meets-refined feel of the lodge, a 10-page wine list that draws heavily on local vintages, and a seasonal menu that features local farmers, food artisans, and foragers crafted by longtime and legendary Executive Chef Bobby Moore.

Treat yourself to a day of relaxing and rejuvenating in The Spa at Willows Lodge. Choose from a variety of skin, body, and massage treatments all of which can be customized to fit your specific needs. Our boutique spa features the incredibly popular HydraFacial, MBR products, and a variety of massages to soothe your mind, body, and soul. The outdoor relaxation pool and sauna are the perfect way to round out your complete spa experience.

Before walking back to the lodge, stop at Apple Farm Village which houses a collection of lovingly restored cottages connected by garden walking paths. Several wine retail stores make their home here and the tasting rooms range from Lauren Ashton to Guardian Cellars and Obelisco Estate Winery to Torii Mor Winery.

Florid baroque decor, a Chilean guitarist, and a nine-course dinner – these are just a few of the details that have made this bucolic culinary retreat the apex of Northwest cuisine. Menus are based on weekly themes but are not actually finalized until a few hours prior (!) to the meal to best represent the supply coming from The Herbfarm’s own gardens and neighboring growers, foragers, and butchers.

Pick up a property map at the front desk, and do a self-guided tour through the property’s five acres of gardens, lovingly maintained by Willows head gardener Marjorie Currey. You’ll see Paperbark Maple, known for its papery peeling bark; Giant Gunnera, also known as “dinosaur food” for its giant prehistoric-looking leaves; and Weeping Sequoia, a towering evergreen that often resembles an old man bent over in back pain.

Built in 1976, Chateau Ste. Michelle was not just Woodinville’s first winery, but the one that put this quiet Seattle suburb on the wine country map. Therefore, a visit to Woodinville wouldn’t be complete without a stop at this landmark location which premiered a newly renovated visitor center in summer of 2017. Open to the public daily from 10 a.m. to 5 p.m., the new 22,731-square-foot space features complimentary tours and tastings every 30 minutes, as well as specialty tastings in the four new salons, an interactive blending room, and a daily food menu. 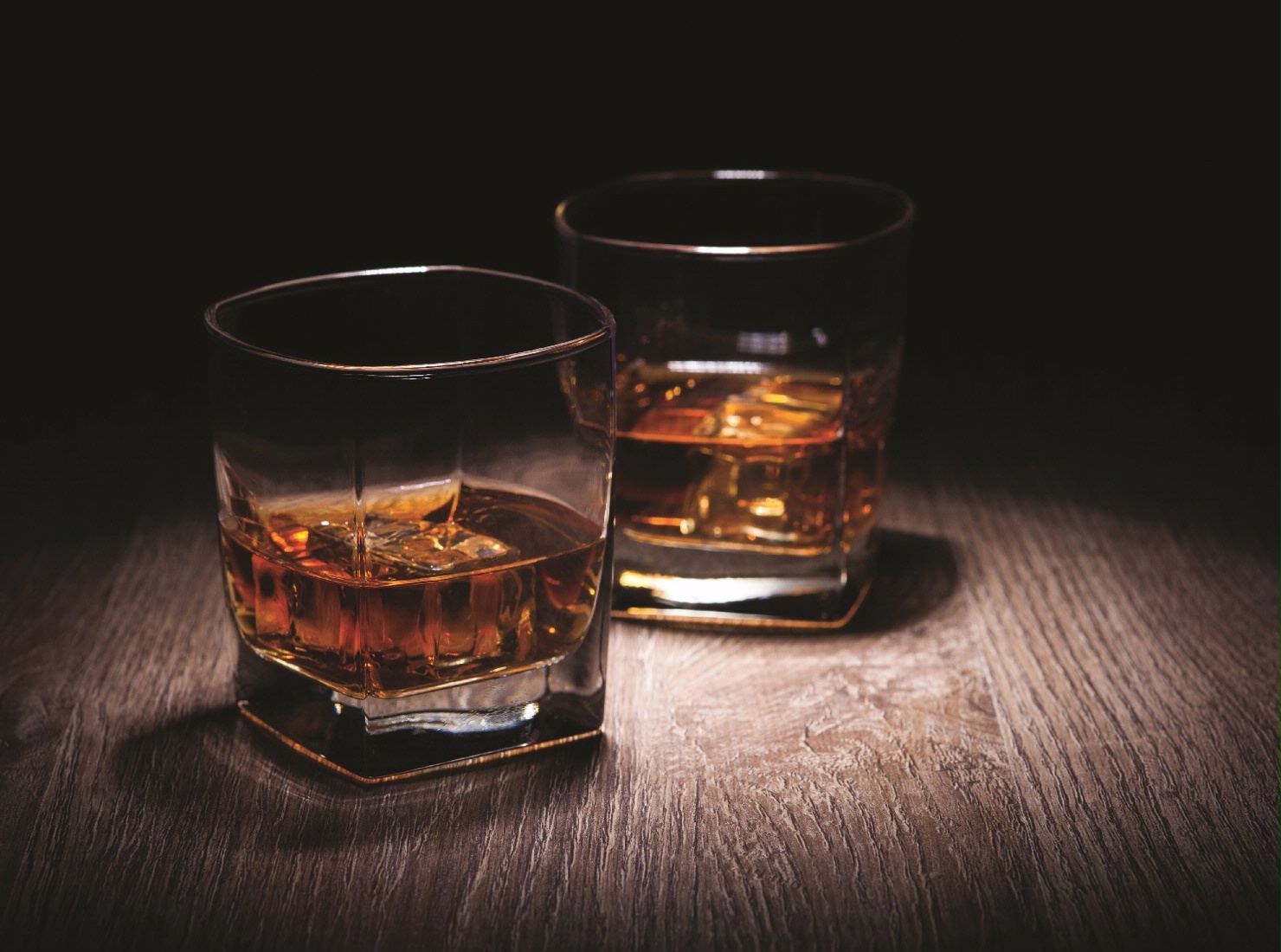 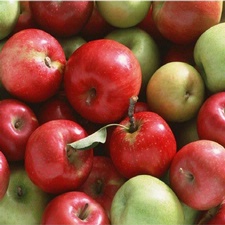 Off the Branch Farm

This orchard may not offer a pick-your-own experience, but customers still come from as far away as Olympia for what’s deemed the best cider in the Pacific Northwest. Just pay close attention on the way there; with subtle signage, it’s easy to miss the 90-year-old-barn-turned–country store – and its six apple cider varieties made from a century-old cider press. 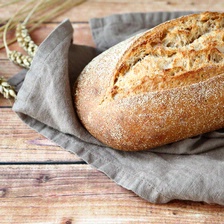 This nonprofit farm and education center, teaching classes about how to grow food, eat well, and live sustainably, is also home to a small year-round farm market. But they don’t sell just anything; the emphasis is on only pesticide-free organic farm products made in the state. Expect fresh eggs, milk, and cheese, dried goods, and homemade breads. 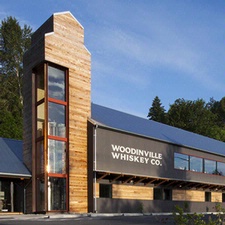 Craft. Artisan. Small batch. Boutique. These are all commonly used words in Woodinville. But they were never used in reference to liquor spirits until this distillery opened in 2010. Making bourbon, rye whiskey, and vodka, the establishment offers tours and five generation samples for $10 (put toward your purchase if you buy a spirit). 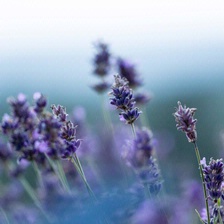 Woodinville is home to the original Molbak's, a landmark for garden lovers since 1956, with over a million visitors a year.  Browse the everchanging display of plants in its 16-acre greenhouse and nursery, along with hundreds of alluring gifts for home and garden.

You'll find the world's largest selection of all-natural sea salt at Saltworks - over 100 varieties of premium artisan salts.  Sample an array of products and take home some bath and spa salts or gourmet sea salts for culinary use.
Top